This Sunday, April 26, my new play, La Princesa will take the boards for the first time as a reading, directed by José Zayas, at Jack. The play is based on this historical life of Juana of Austria, a Spanish regent from the mid 16th century, who was also, secretly, the only woman Jesuit. Though her life is often regarded as being overshadowed by Philip II (remember the Spanish Armada?), this play dramatizes Golden Age scandal with contemporary zeal.

Hope to see you at the theatre!

For those of you who are fans of tangibility, the written word, physical copies, material presence, and kicking it old school, The Boat in the Tiger Suit has finally reached its actual print form. No longer banished to the 1s and 0s of your Kindle, iPad, or Nook, you can now actually pick it up, open it, throw it at people, use it to kill an insect and other things that physical objects can do. Of course if you want to buy it you’ve got to do that on line, because let’s face it, some metaphysical connects are just more convenient. Buy it here. 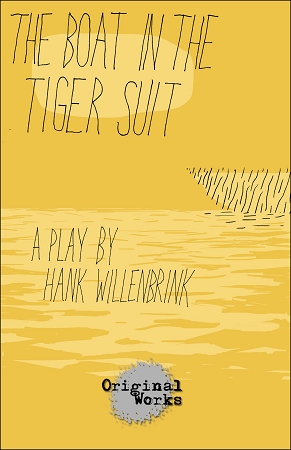 I’m thrilled to announce that my play The Boat in the Tiger Suit is now available for pre-order from Original Works Publishing. The play, which was produced in August 2013 at The Brick in NYC, is listed at only $6.99, a $5 discount from the normal price. You can pick up a copy here.

From the back cover:
Set on two different boats, The Boat in the Tiger Suit begins at Herman’s funeral, who left his family to join the army (and hide from his wife in the process). As Herman’s wife searches for reasons to make her adult children stay, her son Rene slips off to seduce Gene, the solider who accompanies Herman’s casket. Meanwhile, Rene’s sister April attempts to free herself longtime partner and high school sweetheart, Dave. Tacit allegiances are formed, tried, and tested as the quartet of remaining characters stare into an uncertain future of turbulent waters which may contain tigers.

“I was definitely in awe of the situations [Willenbrink’s] mind created for us. Despite all of the difficult and painful topics, he still manages to write hilarious lines that border the line of shock value and ‘WTF’.”
– Theatre is Easy

“a compelling story that pulls the curtain back on the uncomfortable truths that death reveals.”
– Brooklyn Based

“Quirky, funny,and poignant all at the same time, he does a fantastic job of blending genres and avoiding the unrealistic sappiness that very often comes with death and funerals.”
– New York Theatre Review 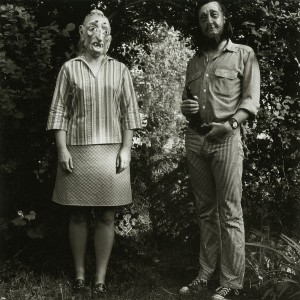 Abstract:
Naomi Iizuka’s At the Vanishing Point weaves together physical and metaphysical landscapes to evince an understanding of Butchertown, a historic post-industrial neighborhood in Louisville, Kentucky, through the perspective of the influential experimental photographer Ralph Eugene Meatyard. In the article, I argue that Iizuka provides a nuanced way to interact with the industrial legacies of developed nations. Rather than obfuscating the past and the future, in At the Vanishing Point, Iizuka dramatizes a community’s beginning and possible end through space, time and interpersonal relationships. Utilizing a multivalent methodology, I explore this play by reading Meatyard’s biography and works, the geohistory of Butchertown, and theories of perspective against the play to illustrate how Iizuka brings her audience to inhabit a neighborhood while mediating on the moments before the death of its inhabitants and the possible demise of the geography as well.